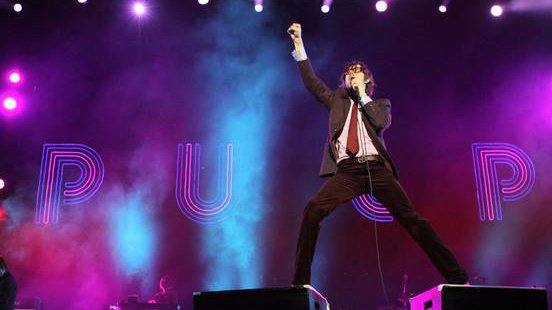 PULP: A Film about Life, Death and Supermarkets

Sheffield, 1988, ‘The Day That Never Happened’. Following a disastrous farewell show in their home town, PULP move to London in search of success. They find fame on the world stage in the 1990’s with anthems including ‘Common People’ and ‘Disco 2000’. 25 years (and 10 million album sales) later, they return to Sheffield for their last UK concert: what could go wrong?

Giving a career best performance exclusive to the film, the band share their thoughts on fame, love, mortality - & car maintenance.

Unveiling the deep affection that the inhabitants of Sheffield have for PULP, and the formative effect the town has had on the band’s music (& front-man Jarvis Cocker’s lyrics in particular) 'Pulp: a Film about Life, Death & Supermarkets' is a music-film like no other – by turns funny, moving, life-affirming & (occasionally) bewildering.

Florian will be joining us for a Skype Q&A after the film screening, and although it is a school night we hope you'll stay for some indie-disco dancing in the bar.