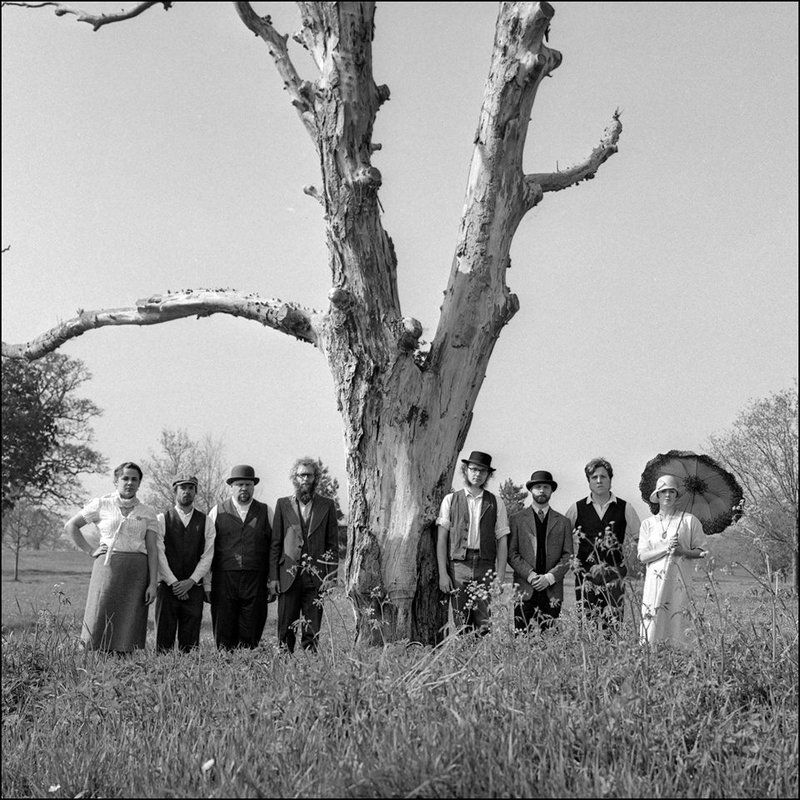 On June 13th 2014, Boxcar Aldous Huxley and Nanny State Records present Telegrams Elapsing, a 12” LP, at the venue that brought them together: the Cube Cinema.

Advancing the tropes explored on their first record, this collection of songs uses every instrument at its disposal with an apparent boldness. Those familiarly impassioned voices ride amid stately brass refrains, intertwined harmonium and clarinet, and roguish banjo. Through this medium, the stories of under-acknowledged stoics, frontier antiheroes and regional catastrophes are told; stories of maddened hubris, of departure and expiry.

This is music rooted in the past, but not a past that ever actually happened.

Joining them for the night will be Abie's Miracle Tonic, an effervescent, esoteric, energetic and off-the-wall concoction of ragtime, blues, jazz, spirituals and novelty songs on guitar, washboard, vocal harmonies and trumpet impersonations.

We're also delighted be joined by Mary Hampton. "Her style has its roots in mauve, turn-of-the-century European chamber music, with frequent nods to the hairiness of older forms, and ripened under the influence of even more primitive sounds from the real world."

We'll also be filling the Cube with zoetropes, phenakistoscopes, ephemera and encumbrances that evoke a past that never happened. All alongside, of course, the beautiful new 12".