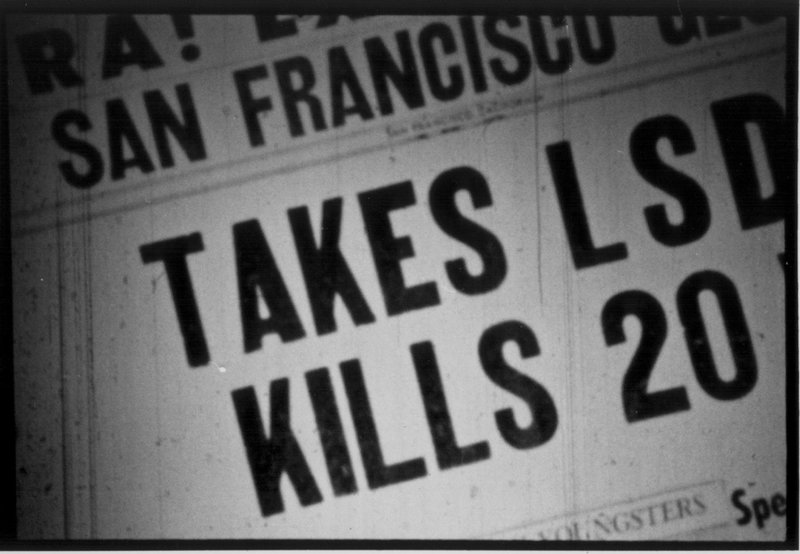 The Effects Of Drugs On American Cinema

A superb selection of rare 16mm documents straddling almost 60 years of drug depictions in American film. Don’t miss this mind-bending journey through 60 years of American drug-film hysteria, consisting of a variety of genres and formats including exploitation shorts, underground films, military educationals and plenty more, with a Q&A at the end. Beginning with the amazing 1916 slapstick drug comedy, MYSTERY OF THE LEAPING FISH to 30’s dance performances like THAT OLD REEFER MAN and SWEET MARIJUANA and 50’s scare films like THE PUSHER. The second half quickly turns into a psychedelic meltdown as classic scenes from LSD – TRIP TO WHERE, LSD CASE STUDY and the underground film ROCKFLOW turn your mind inside out. The finale is provided by 14 year old Debbie Winters who freaks her parents out in scenes from 1970’s THE PEOPLE NEXT DOOR. See her naked hippie boyfriend pull a knife on dad, see her blown his mind (dad) by giving him a French kiss. See her flip out mom but talking about sex. Based in part on Jack's book: Addicted: The Myth & Menace of Drugs in Film. Don’t miss this unique mind-bending journey through American narco-hysteria on film.