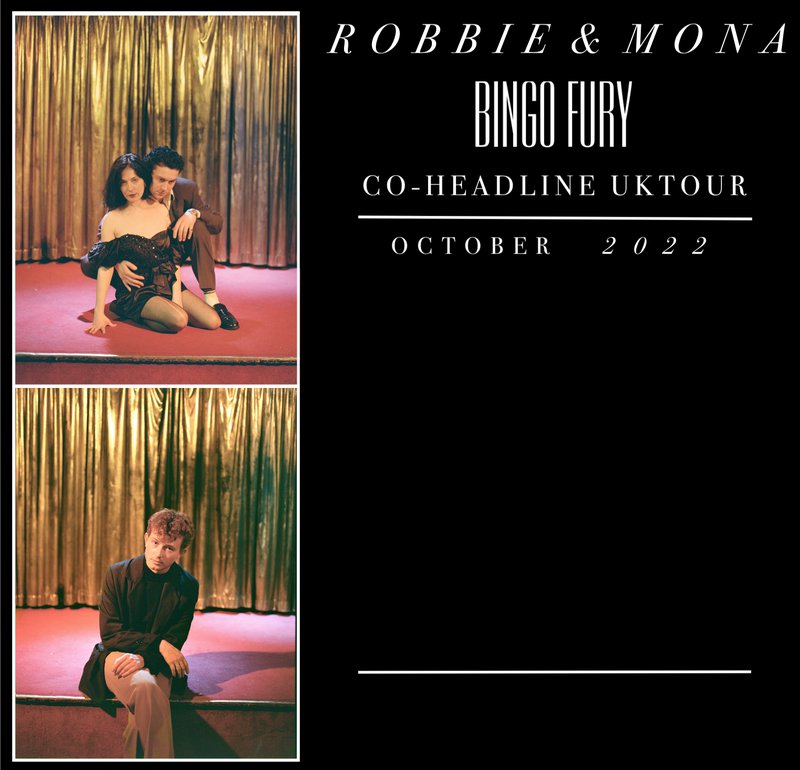 Sister projects since their very inception, Robbie & Mona and Bingo Fury will be heading out on a joint tour of the UK in October 2022.

Robbie & Mona are the London-based duet whose music embodies the glint of a chalice and the velvety blackness of a world held together by the logic found in dreams. Spanning multiple eras of music, they craft erratic and haunting soundtracks that sit somewhere between Julee Cruise and FKA Twigs, following feelings over any notion of traditional compositional boundaries.

Littered with monochrome characters in hazy settings, Bingo Fury conjures a glitzy - altogether seedy - Broadway sheen. Debut EP ‘Mercy’s Cut’ scatterguns between stark noir ballads and frantic no-wave, with each song landing like a jazz standard that got lost multiple times on its journey to the present day. Some pit stops are obvious: the haunting balladry of Nina Simone and Leonard Cohen, and the arresting discord of James Chance and The Lounge Lizards.