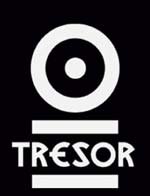 Tresor Berlin The Vault And The Electronic Frontier

After the fall of the Berlin Wall, the club Tresor became the unlikely location of a cultural revolution. Housed in the vault room of a disused department store, it grew from an inside tip into an international institution drawing in people worldwide. This new documentary follows the club's founder Dimitri Hegemann through (and underneath) the streets of Berlin as he charts the events and developments of dance music's evolution in Germany from the mid 80's to present day. He explains how the club was a focus for the growing together of East and West Berlin through music.