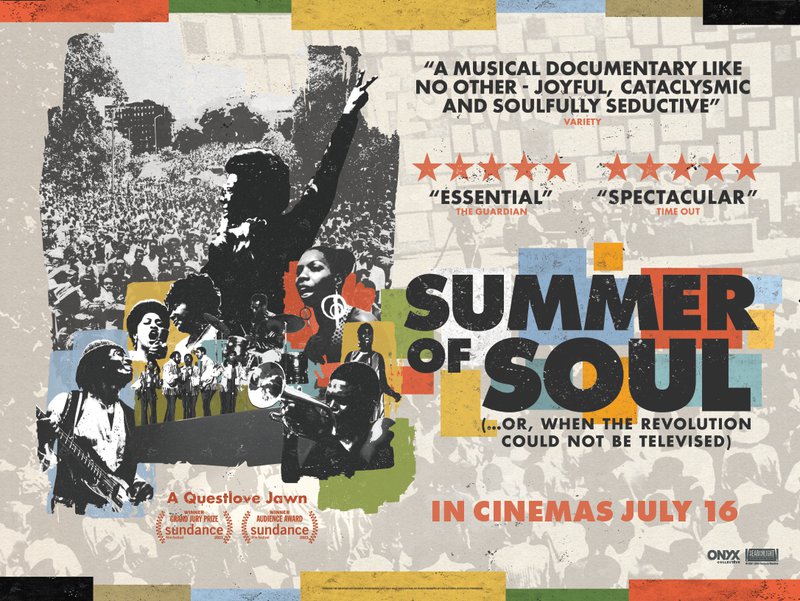 When The Revolution Couldn’t be Televised

We at The Cube are very pleased to bring you this film, a favourite, that blurs those lines between music, politics and fashion. For some people it was Stevie Wonder whole stole the show, the angelic voices of Mavis Staples and Mahalia Jackson, Nina Simones zealous, radical and pasionate political addresses, the performers outfits or just the crowd. If you’ve not seen this film, here’s your chance! If you’ve seen this film on the small screen come and see it on the big screen and if you’ve seen this film on the big screen, here’s your chance to see it again! You won’t be disappointed.

In addition tonight’s DJ ( John Stapleton ) will serve up an audio treat to match the visual glory of this film.

In his acclaimed debut as a filmmaker, Ahmir “Questlove” Thompson presents a powerful and transporting documentary - part music film, part historical record created around an epic event that celebrated Black history, culture and fashion. Over the course of six weeks in the summer of 1969, just one hundred miles south of Woodstock, The Harlem Cultural Festival was filmed in Mount Morris Park (now Marcus Garvey Park). The footage  was never seen and largely forgotten - until now. SUMMER OF SOUL shines a light on the importance of history to our spiritual w,ell-being and stands as a testament to the healing power of music during times of unrest, both past and present. The feature includes never-before-seen concert performances by Stevie Wonder, Nina Simone, Sly & the Family Stone, Gladys Knight & the Pips, Mahalia Jackson, B.B. King, The 5th Dimension and more.

SUMMER OF SOUL premiered at this year’s Sundance Film Festival to great acclaim, where it won both the Grand Jury Prize and the Audience Award, and more recently opened the UK’s Sheffield Doc/Fest with its European Premiere.