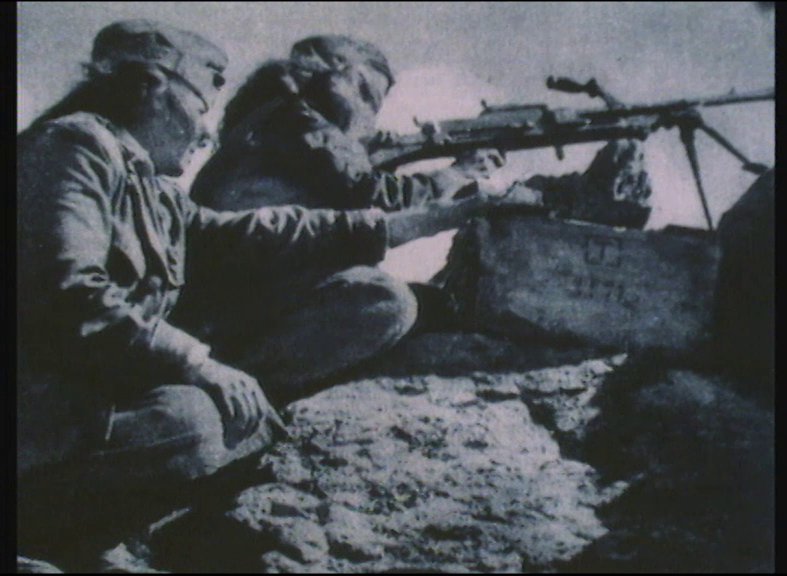 A rare chance to watch the last two parts (2&3) of the Channel 4 documentary series on the Greek Civil War (1946-49) made in 1986. The series explores how the clash between British and American interests and the left-wing Greek Resistance (EAM/ELAS) against the Nazi occupation, led to Civil War - and Greece becoming the first battleground of the Cold War.

Part 1 THE BATTLE for ATHENS explored the events that led to the Battle for Athens in December 1944 when the British Army crushed the Greek resistance movement EAM/ELAS in the streets of Athens, only a few months after Greece was liberated.

Part 2 CIVIL WAR explores how the liberation of Greece was followed by a period of authoritarian rule and right-wing terror against anyone suspected of being in the war time resistance. The mass arrests, trials, imprisonment and executions, culminated in the outbreak of the civil war (1946-49) between former resistance partisans and the US backed Greek government army. The defeated left fled with their families into exile in 1949.

Part 3 HOMECOMING explores how the revenge of the victorious right against democratic movements in Greece continued for a quarter of a century, culminating in the US backed dictatorship in 1967. The student Polytechnic uprising led to the fall of the Colonels' junta in 1974, and when PASOK won the 1981 elections the wartime resistance was recognised for the first time, and an Amnesty was announced for all the political refugees still in exile. Returning home to Greece after 30 years, for the first time they tell their story here.

Presented by the Bristol Radical History Group, the screening will be introduced by Jane Gabriel, the producer of the “Greece: The Hidden War” series, and she and Greek experts will be available for a q and a at the end of the screening.