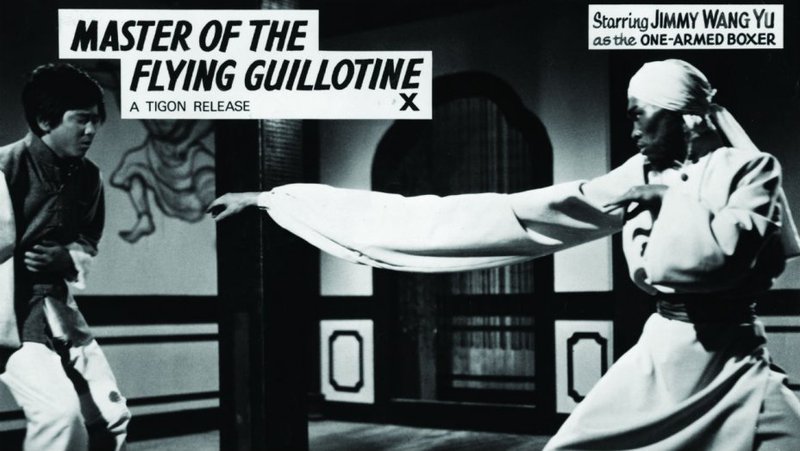 Master of the Flying Guillotine

Hellfire Video club are back with a fierce gut-punch after a summer hiatus! It's been a good few years since our last kung-fu screening, so we're bringing out the big guns, with a high-water mark in eccentric kung-fu cinema.

The plot roughly revolves around a one-armed man battling a blind assassin who is decapitating everyone with his hat! It featuring A LOT of mad fight scenes, including an Indian character with bizarre extendable arms - the original Dhalsim from the Streetfighter video game?? Icing on the cake is that all of this head-spinning chaos is soundtracked by classic Krautrock tunes, stolen from LPs by Neu, Kraftwerk and Tangerine Dream! Heavy viewing, and allegedly one of Quentin Tarantino's "favourite movies of all time". Don't miss this rare screening! A deadly slice of idiocentric kung fu cinema.

NOTE THAT WE WILL BE SCREENING THE DUBBED VERSION OF THIS FILM.

DOORS OPEN 8pm. VINTAGE KUNG FU TRAILERS FROM THE CUBE ARCHIVES WILL BE SCREENING BOTH BEFORE AND AFTER THE FEATURE!