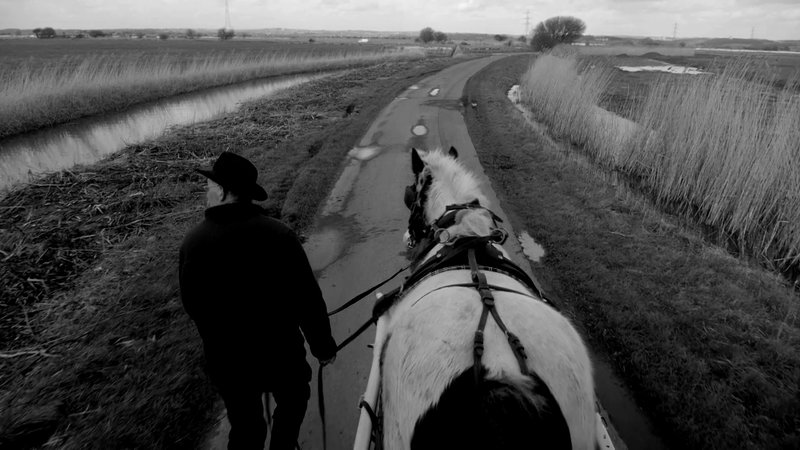 + Q&A with the directors

The Cube is very, very happy to host the World Premiere of the feature film 'Acts Of Quiet Resistance' by Ian Nesbitt + Michael Ransley tonight.

We showed Ian's film 'Taking The Michael' years ago now and it became a cult, a favourite amongst the Cube workforce. A film that seemed timeless but made for the here and now, poignant and funny, full of life and searching.

Ian's new film is made with one of the people we met in Taking The Michael. Some how it magically fits that it should screen here at the Microplex so early in it's public life. This event includes a q+a with Michael and Ian after the film.

Michael lives and travels in a horsedrawn wagon.  As the film begins, we find him preparing to cross the channel into France following a whim to swim his horse in the Mediterranean, then turning back six months later to buy a pair of boots at a horse fair in the Cotswolds. As Michael himself says, he spends his entire life travelling, without ever leaving home.

Filmmaker Ian Nesbitt spends a calendar year visiting him periodically on his version of pilgrimage. The result is a sparing road movie tracing Michael's transient and timeless existence on the peripheries of modern life.

Acts Of Quiet Resistance is a documentary steeped in the slow cinema tradition. Five years in the making, it continues a thread in Ian's work of collaboratively made films, blurring the line between subject and filmmaker.

“ For fans of Shirley Collins, Richard Linklater, campfires and Robert Bresson, but this film is so beautifully sideways it sweeps away comparisons really.” Chiz Williams, Cube Microplex

This screening is part of a two evening set of Ian's film work. See Thurs 4th April for more details.

Since 2008, Ian Nesbitt has been building a body of collaborative cinematic works that take an extended sideways look at the philosophy and practice of slow movement. Travelling on foot, with a cart, on a canal, by horse and wagon, or by pedal powered car, he has made a series of films that invert the accepted societal trajectories of ‘faster’ and ‘more’ by demanding ‘slower’ and ‘less’. In doing so, his films not only focus on the experience of passing through but also make time and space for looking more deeply at notions of landscape, community and pilgrimage.