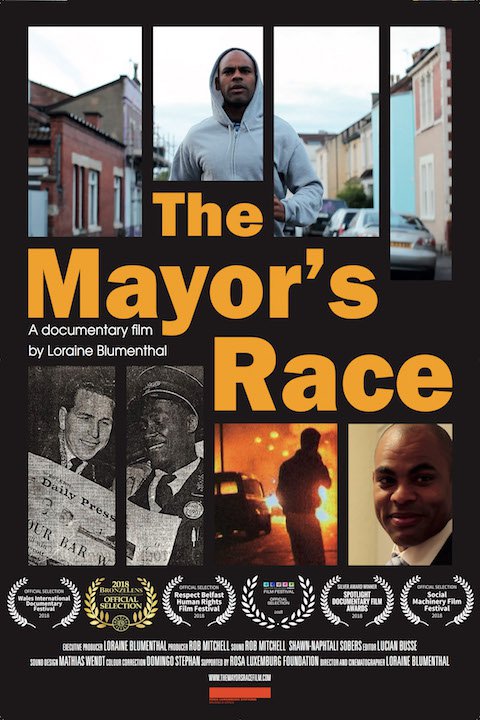 A documentary film that follows Marvin Rees' journey in his candidacy for Mayor of Bristol.

“Marvin is a unique character who carries many of those tensions that we see in British life – it’s to do with mobility, class and status... this film as not so much about Marvin but about a journey in Britain, a journey that’s partly individual, but also collective: something many of us can identify with” - Edson Burton / Come to the Revolution

A mixed-race child, Marvin Rees grew up in Bristol's ghettos in the UK with prostitution, violence and poverty on a daily basis. Ever since, Marvin had the desire to go against the injustices he experienced and decides to run for mayor. As a complete amateur, he steps into the world of politics. Despite his charisma and intellect, his biggest battle is believing anyone will take this black guy from the ghetto serious.

In a tight race, he must accept his loss in front of rolling cameras. Though feeling personally ashamed, losing has even a greater significance as the city carries a history of exclusion and racism. Bristol was part of the slave trade, was struck by a civil rights movement in the 1960's inspired by Martin Luther King and had the black youth revolting in the 1980's, which caused a nationwide riot. Today it is the increasing fear of Muslims that shatters the city.

Despite his doubts, Marvin decides to run again. More professional, stronger and with the vital support of the Muslim community.

Loraine Blumenthal is a documentary film director and producer from Berlin, Germany.

Rob Mitchell is a Creative Media Producer who has been a principal and founder member of Firstborn since 1999.