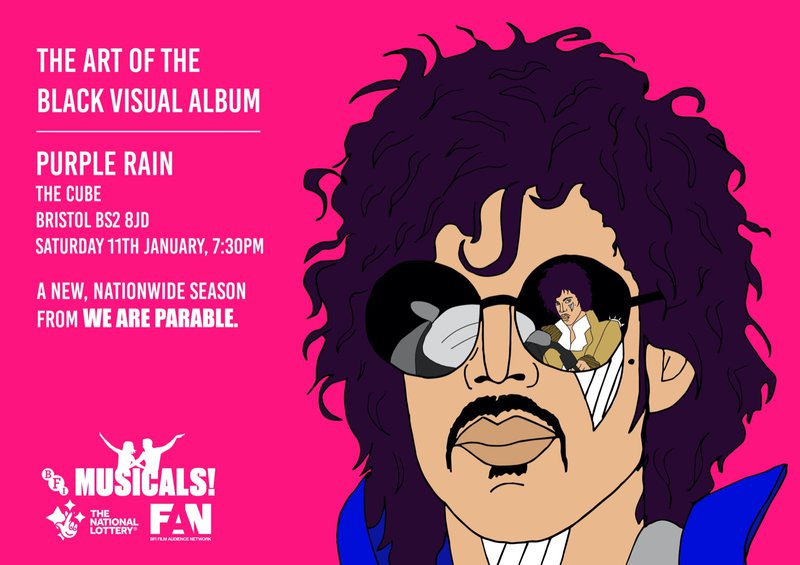 We Are Parable present

The Art of the Black Visual Album

We Are Parable bring you the absolute classic Purple Rain! This film is seen as one of the first visual albums produced by a Black musician. It follows the story of “The Kid” (played by Prince) as he struggles to share the spotlight with anyone else and attempts to escape a violent environment at home. With an excellent support cast including Morris Day and the Time, this visual album is one not to be missed.

We’ll also have a post screening DJ session with Psykhomantus.

See Friday 10th Jan for We Are Parable presenting a special screening of Janelle Monae’s visual album “Dirty Computer”. You can buy a ticket for both nights for £7.50