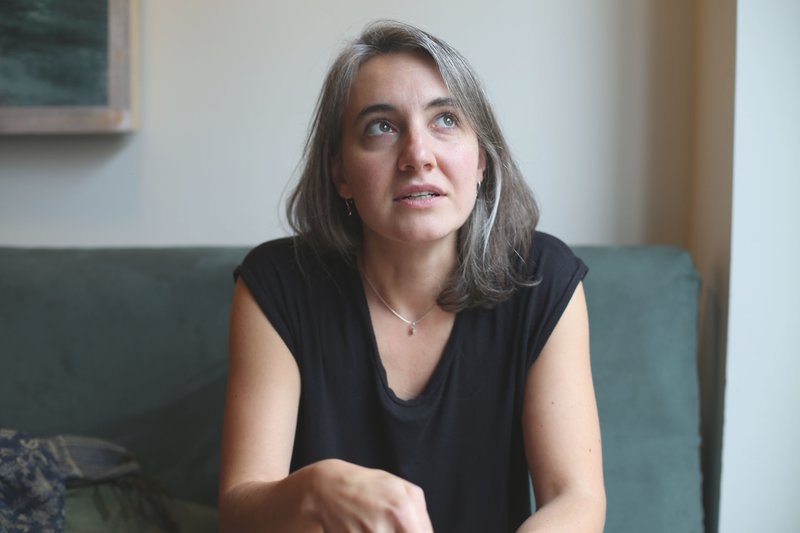 Myriam Gendron was born in Ottawa in 1988. In 2014, she released the album 'Not So Deep As A Well', music set to poems by Dorothy Parker and sung by Myriam. It's music to still a room, to wake up early for. Images of impossible love hum as songs manifest. Space and intensity, words and guitar, so bare, alluring and potent. It was an album to share quietly.

Seven years later, in 2021, Myriam Gendron released 'Ma délire — Songs of love, lost & found' on Feeding Tube Records. Its a very moving exploration that has its roots when Myriam started exploring traditional Quebecois folk tales and traditional melodies. The bilingual double album is potent in its ability to fix he listener to the seat. Myriam's finely tuned, and timeless vocals mix with instrumentals. Chris Corsano and Bill Nace play on the album – that tells you something of her power. She sings in both French and English, blending original, modern and traditional folk lyrics and “her tender voice maintains the soft power to raise the hairs on the back of your neck” - Aquarium Drunkard.

She also covers Michael Hurley. Fans of Circuit des Yeux, Leonard Cohen or Silver Jews could find a seat and listen, she has that fine sense of being totally grounded but free. “This quality is due to Gendron’s impressionistic approach to her material, which exudes respect but never serves as mere homage.” - Pitchfork.

Come into the cinema, settle, listen to the music. Trust some and be moved. She's that good.

Influenced by linguistics and performance theory, Roy Claire Potter is an artist and writer who makes performance, text, drawing, installation and film, and they often collaborate with musicians and sound artists to make audio for music festivals and radio. Across the wide range of their practice, Roy tells stories built from fragmented, intense images that depict moving bodies or domestic scenes and architectural settings. Roy’s interest in subtext and narrative sequencing is felt in the way they use fast-paced talking or reading speeds, and restricted or partial views of space. Complicated social or group dynamics, and the aftermath of violent events are common themes in Roy’s work and are usually treated with a dark, sometimes wilful humour.

For their performance at The Cube, Roy will make a one-off combination of works that are in development for their forthcoming novel with Book Works in 2023, and an audiobook due for release with Primary in November 2022.