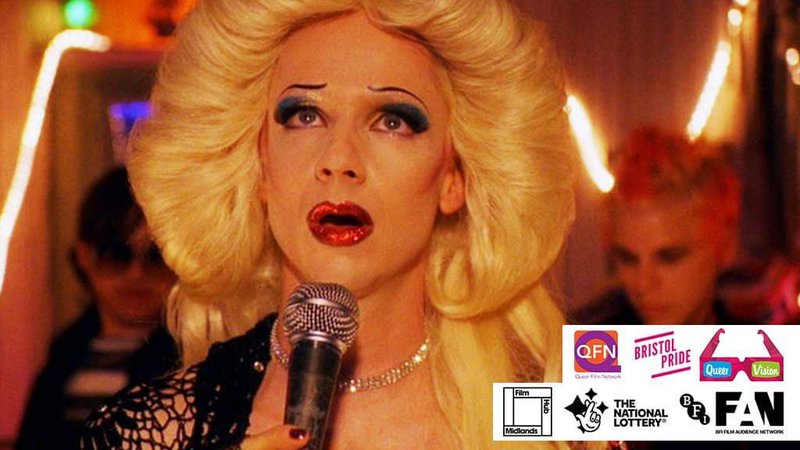 Hedwig and the Angry Inch

Join Queer Vision, the Bristol Pride Film Festival, for a special screening of John Cameron Mitchell's Hedwig and the Angry Inch as part of the Queer Film Network tour: Gay as in Hysterically Funny

There will be a post-film panel Q&A with comedians Jayde Adams and Rosie Jones.

Hedwig, born male as Hansel in East Berlin, fell in love with an American G.I. and underwent a Gender Confirmation Surgery in order to marry him and flee to the West. Unfortunately, nothing worked out quite as it was supposed to – years later, Hedwig is leading her rock band on a tour of the U.S., telling her life story through a series of concerts at Bilgewater Inn seafood restaurants. Her tour dates coincide with those of arena-rock star Tommy Gnosis, a wide-eyed boy who once loved Hedwig – but then left with all her songs.

This film is a must see in any queer catalogue and has a cult status. Hedwig is funny, heart tingling and fabulous with a kick-ass soundtrack. If it was made today, would they be able to get away with it?

Unfortunately, the venue does not offer step free access but please get in touch for access information info@bristolpride.co.uk