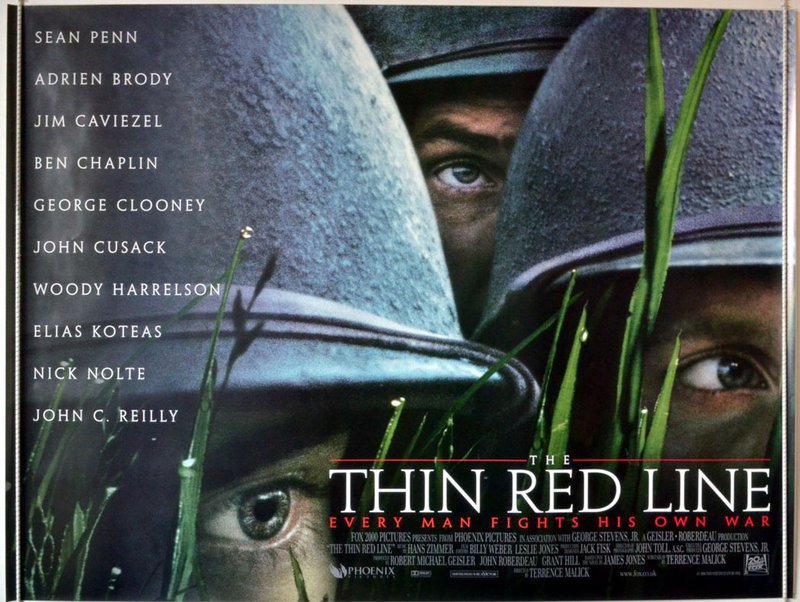 We invite you to a new monthly Sunday afternoon film and philosophy screening, run by the Cube and the Bristol Philosophy Club.

We will present films that we feel have a lot to say philosophically about the world we live in. We will give a brief introduction to the films to provide the audience with some ways of looking at the film as they watch it, and at the end we will have an (optional) discussion where we can all share our thoughts over a pint.

For our first screening we have chosen The Thin Red Line, possibly one of the greatest films to explore war and humans’ relationship to nature. The director, Terrence Malick, was once a philosophy teacher at MIT and he wrote a thesis on the concept of the world in Kierkegaard, Heidegger, and Wittgenstein's thought.

You cannot underestimate the immersive cinematic power of seeing this film on a big screen with surround sound. No philosophy training required!

The film will be presented by Michael Thomas from the Cube. He says: ‘This is one of the best war films ever made. It asks the big questions through the multiple perspectives of the characters, and avoids the simplistic notions of war that many other war films present to the audience.’

We really want this to be a participatory experience and to create a community around these screenings, so please bring your suggestions for future films to the event. Join the Facebook group for Film and Philosophy here. https://www.facebook.com/groups/2501374013303393/