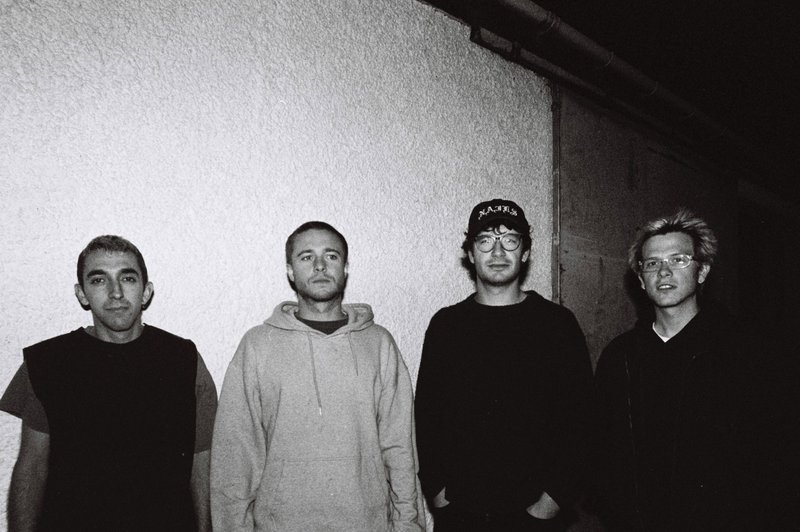 deathcrash are a slowcore band from London signed to untitled (recs). They released their debut album ‘Return’ in January 2022 to broad critical acclaim across national and international press, and have since won over audiences with their intense and absorbing live shows.

The four members of deathcrash are an unassuming bunch. Despite coming to prominence with other South London sensations such as Black Country, New Road, Jerskin Fendrix, and Black Midi, deathcrash have always had a distinctly mysterious energy about them, the shy kids in the corner quietly constructing something grand. Their songs capture many of the difficult moments of the last few years of the band members’ personal lives and yet, as a
whole their complexity emerges as a beautiful and hopeful message.

They recorded ‘Return’ live, with an emphasis on dynamics, bringing together tense intimacy with atmospheric vastness. When put together, their songs create a tapestry to moody, oneiric music – incorporating elements of singer-songwriter, doom metal, sludge metal, folk, emo, screamo, and more, to build a colossal testament to the loosely defined genre of slowcore.

In September 2022, deathcrash recorded their next record at the UK’s most remote studio in the Outer Hebrides, again partnering up with their producer Ric James. It is set for release on the 17th March 2023.