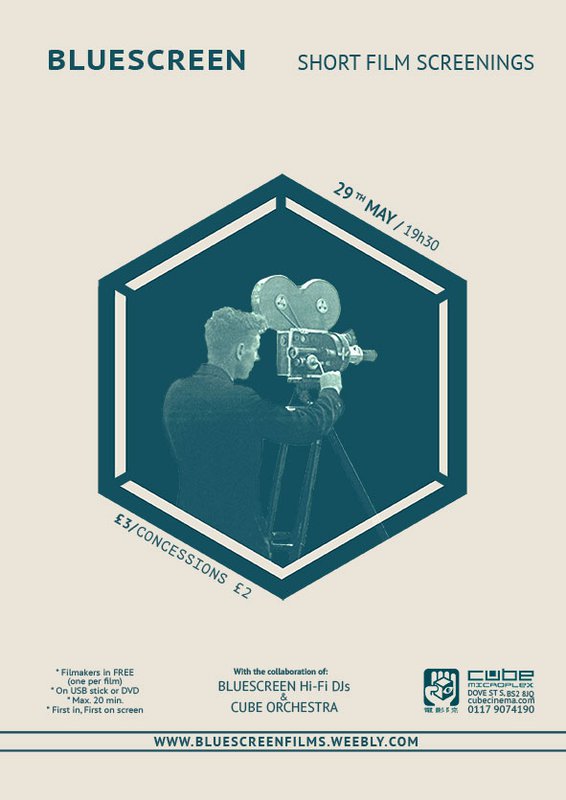 Welcome to the 3rd Bluescreen of 2019, in their 18th year of Screening Short Films at the Cube Cinema!

New 2 hour Bluescreen! Read on… We’ve been chatting and think we need to put a limit on the number of films we receive in at an event. Reason being, over the last year we have had several nights, where we have had 2 -3 and a half hours’ worth of films in, which on one hand is great but it ends up being a very long night for all and the last few films shown only have the filmmaker and friends left watching. So to make it fairer for all, we are going to trial limiting Bluescreens to 2 hours total screening duration, and also to restrict one film to one filmmaker. This will then allow all films to be screened at a reasonable hour and also give the opportunity to the audience to stay and watch them too. SO WHAT WE ARE BASICALLY SAYING IS, IF YOU GOT A FILM, GET DOWN EARLY!

PLUS we have Bluescreen Hi-Fi DJing in the Bar, Cube Orchestra film re-scores and, if time, some classic shorts from the Bluescreen Archives. Films on screen after 8.00.