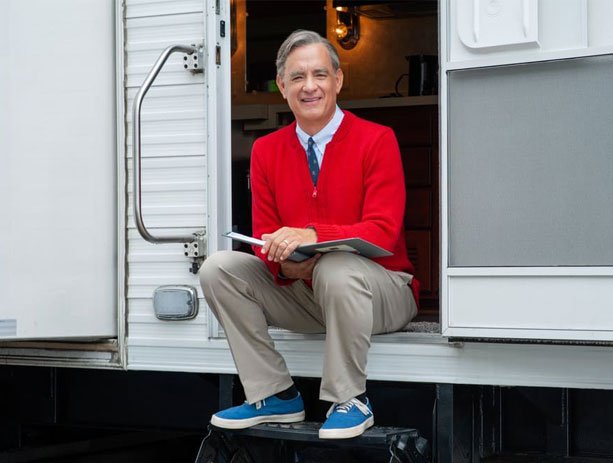 A Beautiful Day in the Neighbourhood

Tom Hanks portrays iconic children’s television host Fred Rogers in a new film based on the real-life friendship between Rogers and journalist Tom Junod. When a cynical reporter for Esquire (Rhys) is assigned to write a profile of Rogers, he finds that after spending time with America’s most beloved neighbour, he eventually overcomes his scepticism and learns some fundamental life lessons about kindness, love, and forgiveness. Marielle Heller (Can You Ever Forgive Me?, The Diary of a Teenage Girl) directs this timely tale of kindness triumphing over cynicism.

✭✭✭✭ Peter Bradshaw The Guardian
✭✭✭✭ Robbie Collin The Telegraph
✭✭✭✭ Danny Leigh Financial Times "The film feels at once adventurous and classically simple. And of all things, lovely - as disarmingly, implausibly so as Mister Rogers."
✭✭✭✭ Ian Freer Empire "The film’s standout scene sees Rogers invite Vogel to share a minute’s silence, a chance “to remember all the people who loved you into being”. Moving and true, it’s Heller’s exquisite film in a nutshell."